The opening scene of a ﬁlm is incredibly diﬃcult to get right, yet one of the most important. As a ﬁlmmaker, your goal is to draw your audience into the world of your story, but the catch is that you only have a couple of minutes to do it.

Think about opening scenes that have gone down in history as being exemplary. Movies like "Inglourious Basterds", "Touch of Evil", and "Children of Men" spring to mind. What do they all have in common? They all establish a world in their normality, capture your attention with nail-biting suspense, then hit you with an inciting incident that completely throws the world on its head.

Let’s watch the opening scene from my short ﬁlm, "Farewell Waltz", a romantic drama set in the pre-WWII era:

After watching that, you may feel as if there wasn’t any suspense, and you’d be right… But there was tension; emotional and sexual. This tension exists clearly between the two main characters and is, therefore, felt by the viewer too.

So, why is this a successful opening scene? Well, in a short space of time, I am able to tell the viewer what world/era we are in, who the main characters are, what the story is going to be about, and what the obstacle is, all without uttering a single word of dialogue. These things combined should be enough to encourage a lover of romantic ﬁlms to keep watching.

Let’s explore how I achieved this, then you can apply this level of thought to your own ﬁlms. 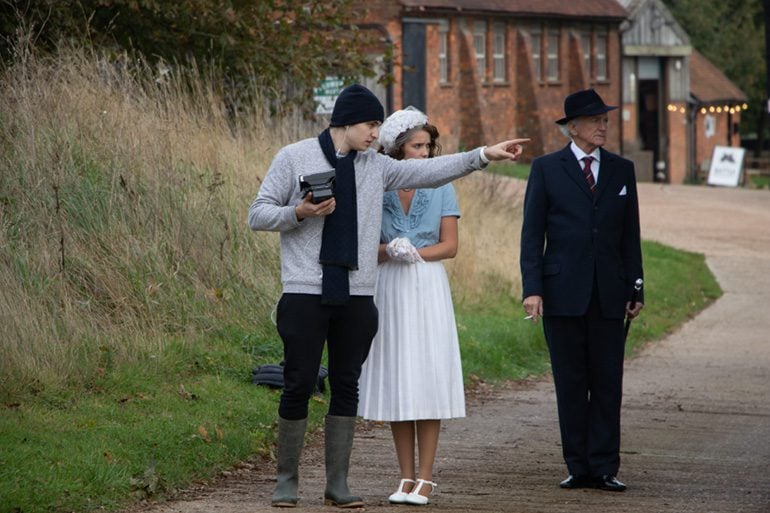 This is one of the most important things to establish early on. Your audience wants to know where they are, and what they can expect from your ﬁlm.

In this case, it’s evident that this is a period ﬁlm thanks to the use of costume, hair and makeup, production design, and music. They all scream early 20th century. Neville Chamberlain’s voiceover further helps to pinpoint where exactly we are in history, and we now know that this is a pre-war story. Prior to this scene, there is a brief introductory segment with some clever sound design where the music sounds vintage and poorly recorded, then later opens up into a more modern-sounding orchestra. This sort of attention to detail is great because it not only serves the story, but also gives the audience a more cinematic experience. 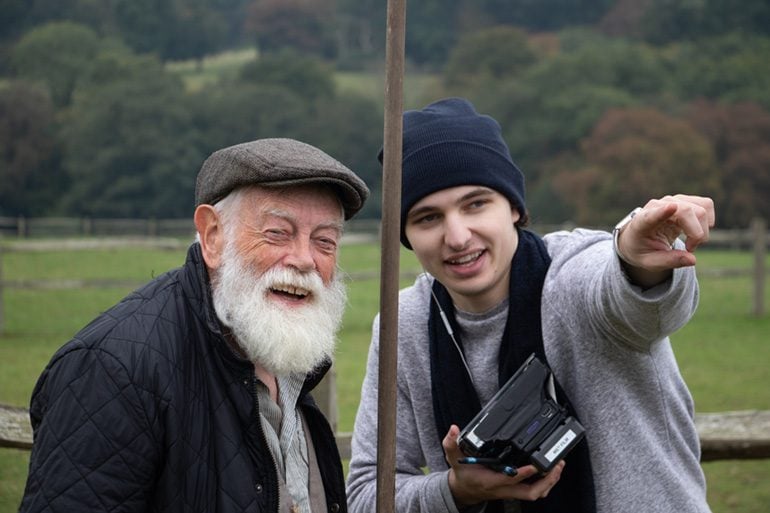 Establish the Main Characters and Story

Your characters, and the journey they go on, will be the reason any audience sits through your ﬁlm. They need to be any combination of relatable, mysterious, fascinating, unusual, unpredictable, loveable, or despicable. A good character is made great by the right actor. They know how to maintain charisma on-screen and engage an audience.

In this case, I have established a love story between a poor black male (Charles) and a rich white female (Rose). It’s the classic story of Romeo and Juliet with a racial twist and a WWII wrapper. There are so many things here for an audience member to latch onto, whether that’s their experience with racism, class division, the taboo nature of mixed-race lovers, disapproving parents, or their love of history. Whatever it may be, the characters and the story will be relatable for many.

With just two shots and the right performances, you immediately understand that these two characters are falling for each other. You also think about the socioeconomic diﬃculties they face, which is reminded to you by subtle mouth movements of the disapproving father.

So, in under two minutes, you now know that this is going to be the story of two young lovers from diﬀerent racial backgrounds, and the struggles they face in a 1930’s world. All of this achieved with no dialogue. 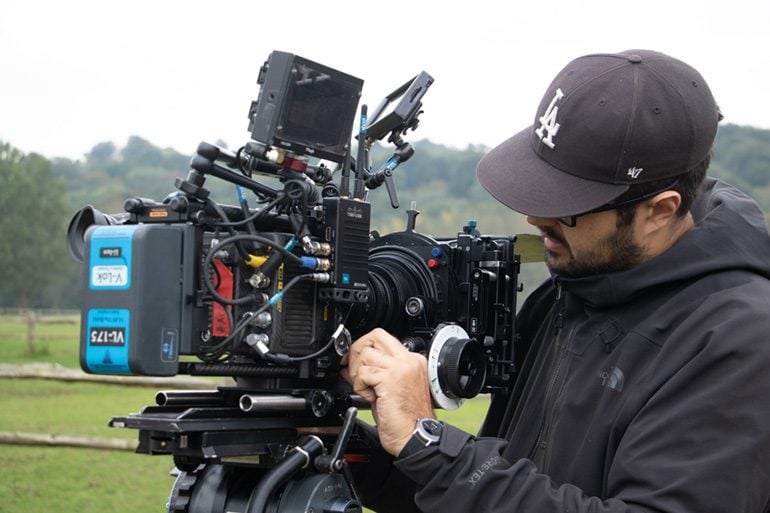 So How Can You Do This?

Every great scene starts with a great script. If the script doesn’t build the world or illicit strong emotions, then no amount of thought or clever directing will bring this out on set. So, step one is make sure your script is solid.

Next, you need to think bigger than the script (kind of contradictory right?). A script is just a blueprint for a crew. Yes, the story and characters need to be excellent, but as far as executing it is concerned, that’s on you. You need to read between every line and think about how you can express these ideas cinematically. Let’s use my opening scene as an example. In the script it says:

"Feeling his gaze, Rose turns her head to look at him. They share a moment."

Literally all it says is she looks at him and they share a moment… Now it’s up to me to think about how she looks at him, what kind of moment they share, and how I can illicit a strong emotion from my audience.

Music obviously plays a huge role in this ﬁlm - it’s virtually its own character, but the key is that I knew this from pre-production so I could plan accordingly. Slow motion also helps massively because it gives the idea that we’re stopping this moment in time, and that nothing else matters to these characters. Then, of course, you have the most important thing - the performance. I rehearsed this scene very carefully with my actors, and the way I prepared them enabled them to deliver all of this subtext to you, the viewer, without uttering a single word. Always think about subtext, and the idea that something greater is always going on beneath the surface. The images you choose to show your audience are just a tool to divert their attention from the bigger things at stake in your story.

In summary, as a director you need to think about how you can use every tool at your disposal to create a successful scene. Every story has diﬀerent requirements, and it’s up to you to ﬁgure out how your story needs to be told. The only way to get good at this is through experience. The more scenes you direct and the more ﬁlms you make, the better you will get. It really is that simple! There are no shortcuts.

I hope this gives you a solid starting point on how to direct an engaging opening scene. Remember, the opening scene is like your elevator pitch. If you don’t grab your audience in the ﬁrst few minutes, you will lose them. 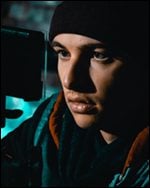 Kaine Levy is a narrative/commercial director and award-winning producer from London, UK. "I'm currently pursuing my dream of directing big budget feature films. My aim is to help other indie filmmakers by sharing my insight and the lessons I learn along the way. I share this information on my social media platforms, my blog, and my podcast, 'Slate 1 Take 1'." Website: www.kainelevy.com
Blog: www.kainelevy.com/blog
Podcast: www.kainelevy.com/podcast
Instagram: www.instagram.com/kainelevy
Twitter: twitter.com/KaineLevy