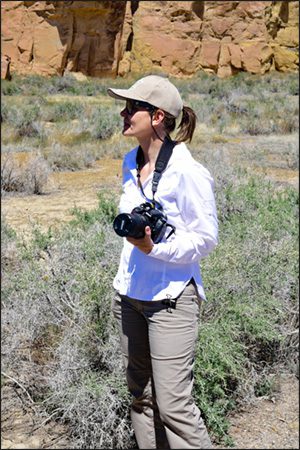 Making a short film without being able to be on location, without a crew and physically distanced from subjects is exactly what many students experienced this past Spring semester when their classes were moved online at the onset of the COVID-19 pandemic. Films that had been carefully planned: budgeted, scouted, cast and crewed were halted as access to places, people and things was abruptly not possible. This dilemma is on track to persist into the coming Fall semester, as well. Equipment options also remain a primary consideration since many students will not have access to their university equipment centers and will need to rely on the devices they have on hand or can afford to purchase or rent.

So, what to do when the normal equipment, crew, subjects and on-site options are severely limited? Using what is on hand and producing within one’s immediate available spaces, films can still be created. A DIY approach and attitude is needed, which, actually, should always be the case in filmmaking since being persistent and adaptable so often results in achievements that may not follow the book. Certain genres and approaches will be more immediately achievable than others and those that are actor and dialog driven will require more ingenuity and experimentation, but I anticipate that boundaries will be broken as filmmakers confront the challenges faced by the current societal limitations.

Several traditions and methods continue to underlie production techniques that can be accomplished solo and provide strategies that I expect will continue to flourish and morph. While students can work independently and film in their immediate surroundings and local areas, there is also much more reliance on shared, found and stock footage acquisition as well as screen recordings of interviews conducted via video chat. There are also other creative options for dialog set-up and recording that could potentially also be done via a conference app like the now ubiquitous Zoom to include a director that discusses the scene with the actors then logs off the session during the performance/record, resuming communication via a phone call during the takes. Improvisation and creativity are key, and the tactics explored during these times are likely to set new precedents for filmmaking.

Documentary and experimental work finds immediate resonance through the first-person narrative mode (with or without audio) with visuals that present scenes of the past, present and future by way of POV shots that are filmed without a crew. Such films draw from the observational and self-referential modes in both technique and tone. The preponderance of recent short poetic works seen on social media composed of shots of the emptied streets and public spaces during quarantine and lockdown periods provide example of this, (such as this one by television producer @akfasso.

There are many subjects that can be approached in the diaristic or confessional film style in which the filmmaker may utilize themself as on and offscreen character and/or narrator while employing a majority of the planning and execution required for scripting, shot planning, and recording.

The locations, depending on the needs of the film, can be either the reasonably and safely accessed outdoor and public areas and/or the time-honored apartment or bedroom “studio” set. The confines of one’s living space can serve very well for techniques that require a set up that requires a static environment, and though most home spaces will not be the size of a film stage there are options for working on small scale “sets” within them. Utilizing the technique of stop frame or stop motion animation can be a viable approach for some projects, whereby objects – or subjects – are filmed in various positions for a minimal number of frames which are then sequenced together to produce an animated effect. Formally, this technique precedes film and became prominent in the 1960’s with films like Clash of the Titans and Jason and the Argonauts by Ray Harryhausen. The “creature effects” and commentary on the effect and its process is elaborately remade in Michael Shanks’ 2019 short film Rebooted.

While this film did involve high end production techniques and required more extensive locations and crew, the set top work of stop motion artist dina Amin produces short works using a variety of materials and easily obtainable cameras, apps and software (https://www.dinaaamin.com/thingsido). Additionally, she sources many of her music tracks through Creative Commons (https://creativecommons.org/about/program-areas/arts-culture/arts-culture-resources/legalmusicforvideos/), which is a tact every student filmmaker can take to avoid legal issues with copyrighted music.

Another tradition that provides a rich opportunity for “on location at home” filmmaking is that which relies upon found footage, sourced from one’s own previously shot material, digital archives, streaming services and the internet at large. Found footage has long been a staple for both documentary and experimental filmmaking. Re-photography techniques also abound as printed photographs and other printed matter serve as imagery for filmed story sequences. Combined with narration, the single or successive imagery reproduced on film provides integral content for many film projects. Use of historical – and often news – footage has traditionally conveyed a truth value and been associated with straight documentary (both in photography and film), while more experimental results can be achieved by working in a collage method that juxtaposes image and sound or overlaid text. This method associates with Surrealism and is echoed in the filmic art installation by Christian Marclay, The Clock, (2010), a 24 hour film composed of a montage of shots sourced from film and television featuring clocks, sequenced and synced to a 24 hour period and therefore functioning as a clock itself.

Additional to these applications, the use – or rather creation – of fake found footage has secured a place in a series of horror and science fiction films, (beginning with The Blair Witch Project in 1999,) which have plots premised on supposed located film or video footage that reveals a violent or paranormal happening that must be investigated. Besides being associated with these genres, there are many other interpretations that could be made with created “found” footage.

In-camera editing is another technique that may be utilized out of necessity or for stylistic effect, whereby each shot is set and recorded precisely in terms of duration and start and stop of any action. While this is very likely unnecessary since most smart phones have accessible video editing apps and affordable or school provided editing software is also prevalent, this technique may be an artistic choice while also providing the experience of having to exert careful management of the production process since this involves very little margin of error. Experimentation, remember? It’s good – necessary even – for the learning process. Interestingly, many of the cinematic and quick cut sequences being produced via TikTok are providing an example of this, and I’m curious to see more use of it. I’m not referring to the popular dance and practical joke enactments but examples that entail carefully arranged scenic and costume design, shot framing/movement and subject actions that result in defacto ultra short films. An example I am finding particularly interesting is one that associates with #darkacademia. History student, Laura Piszczatowska, began with single image work on Tumbler and Instagram (geminnorum: instagram.com/geminnorum/) and is now producing highly stylized video work on TikTok (@un_charlatan: tiktok.com/@un_charlatan). The composition and settings within her frames, along with the camera movements and duration of the cuts mimic in camera editing and follow many of the tenets of cinematic process and style.

Collaborative or participatory techniques whereby more than one filmmaker contributes footage for a project, provide another highly viable option for thematic projects that require input from multiple locations. These types of films have long relied upon footage being acquired from diverse settings and can be coordinated among fellow students, colleagues or sourced through a call for collaboration. The You-Tube Life in a Day project (https://lifeinaday.youtube) directed by Kevin Macdonald and produced by Ridley Scott, (now accepting entries for its July 25, 2020 iteration), is a current example that can be emulated on a smaller scale, accomplished in a semester and be based upon a pressing social, political, even philosophical or personal concern.

Finally, the creative use of the multi block screen that Zoom and other video conferencing apps entail can be utilized in unintended ways to produce recorded takes and scenes. The simultaneous recording of several to many “screens” reminds of the 2000 film by Mike Figgis, Timecode, which uses the split screen technique to present interrelated stories among the film’s characters.

Four screens persist throughout the 90-minute duration of the film (which was shot on digital video, a departure at the time from 35mm film) and each take is 93 minutes each, no cuts. While this film utilized editing to arrange the four screens together, the content for each screen was shot in real time. With the capabilities of multiscreen video conferencing, this can now be done in real time and already made split screen without editing. The options are many and may be applied not only to real time performance works, but perhaps successfully utilized as a way to coordinate actors in separate locations to then perform a series of takes for later editing. When Jimmy Fallon and The Roots performed Stuck in the Middle via Zoom in late March, I noticed the possibilities for subjects to interact in ways that could result in dialog scenes (I’m thinking of two rather than four or nine!)

With pre-planning, rehearsal and test recording, actors could “interact” with each other through their screen placement, their individual settings could be dressed to appear as a common location and thought the apparatus of the split screen would be predominant, with good directing and performance, this could be overlooked, accepted as a current normal transgression of limitations.

Several of these methods are evidenced in a recently created online archive (which continues to accept entries) produced by a colleague, professor and filmmaker Lana Lin, and students at my university department, The School of Media Studies at The New School in NYC . Unprecedented Media (www.unprecedentedmedia.com) features (at the time of this writing) 35 short works produced under our current extraordinary circumstances, with concentration on the lived experience during them. Undaunted, these and countless other student filmmakers pursued the craft of storytelling by relying on the tools, places and people they safely and readily had access to.

With “the quarantine film” now becoming something of a genre - for both students and the industry - a look at some of the traditions underling solo production techniques are providing new “takes” on these strategies. Confined to a variety of domestic spaces with limited contact and outside access, our attentions are very much centered on the essentials in our lives and on what is missing. If we are working, the process is one of change, either due to a transition to remote screen and telephone-based labor or in a mode that is highly mobile and exposed to the public. These experiences can be as inspiring as they may be daunting and the drive to create - which always involves experimentation - not only allows for reference to established methodologies but an opportunity to expand upon and even transcend them. 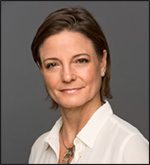 Dawnja Burris is a fine art photographer and assistant professor/associate dean of Media Studies at The New School in NYC. Her research, teaching and creative production explore cultural practice focused upon philosophies and politics of virtual identity construction, the predominance of animals in media, and conceptual landscape. Her professional training is in photography, video, film and multimedia production and she worked in the roles of producer, director and editor for many years. www.dawnjaburris.com